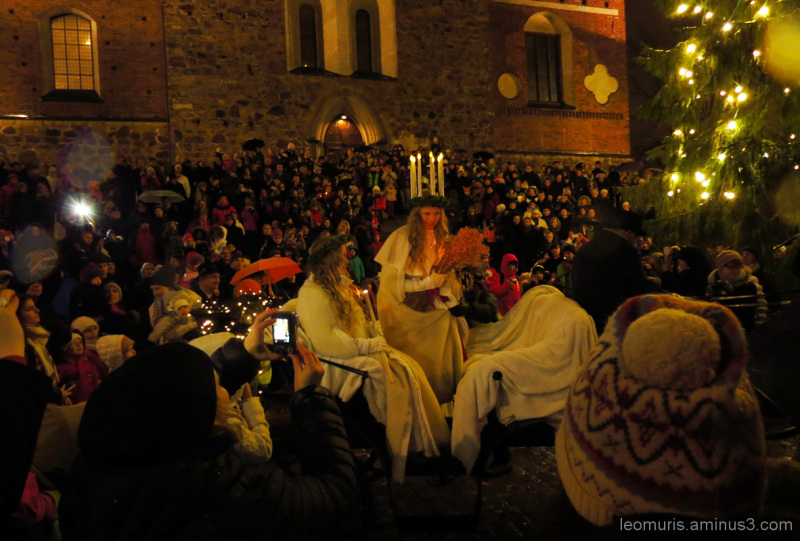 Posted by Jypyä Pop (Turku, Finland) on 14 December 2014 in Lifestyle & Culture and Portfolio.

The Finnish celebrations have been historically tied to Swedish culture and the Swedish-speaking Finns. They observe "Luciadagen" a week before the Winter Solstice. St Lucy is celebrated as a “beacon of brightness” in the darkest time of year.[19] The first records of St. Lucy celebrations in Finland are from 1898, and the first large celebrations came in 1930, a couple of years after the popularization of the celebrations in Sweden. The St. Lucy of Finland has been elected since 1949 and she is crowned in the Helsinki Cathedral. Local St. Lucies are elected in almost every place where there is a Swedish populace in Finland. The Finnish-speaking population has also lately begun to embrace the celebrations.[20] (Wikipedia)

Beautiful image of the celebration . A superb atmosphere !

Beautiful capture of the celebrations:)) Have a great day:)

A beautiful image of the celebrations. Nicely captured. :)

I will sort out the history of St Lucia.

@Rob Alberts: Thank you for your interest. Some survives below the title link below English Celebration,

This is very nice to see Jypya Pop !! A wonderful image of this fine celebration !! Thanks for sharing !!

A very festive atmosphere with the large crowd.